Paul makes an appeal to us, to make a choice about being a living sacrifice.

A living sacrifice seems like a contradiction in terms. When they tied those bulls and sheep to the altar in the old days, the animal didn’t bleet or moo happily as it was released at the conclusion of the sacrifice.

In the light of all the things that God has done for us, laid out by Paul (and inspired by the Holy Spirit) in chapters 1 through 11 of Romans, Paul writes that we should take that all into consideration and choose to be a living sacrifice.

What has God done for us? Let’s review his mercies:

Paul writes that all of those are good reasons for us to live differently, than if they weren’t true. These mercies should be able to persuade us without us having to be compelled to do it unwillingly. No one is going to tie us down to an altar like an animal sacrifice in the Old Testament.

Paul calls it our reasonable service (‘proper service’ in the NIV).

The body is a wonderful servant but a terrible master. Being a living sacrifice is using our bodies as a tool for His purposes. And it is doing so in an ongoing manner.

Like when I’d much rather veg on the couch because it’s been a rough week and not do anything, but its time to meet as the church and mutually encourage one another:

“24 And let us consider how we may spur one another on toward love and good deeds, 25 not giving up meeting together, as some are in the habit of doing, but encouraging one another—and all the more as you see the Day approaching.”

Like looking down at my hands being instruments in helping someone in need, hauling around furniture, or painting a wall, or opening up my Bible in between church services and hearing the onion skin and reading verses of Scripture. Like meditating on those verses and thinking about how they apply.

Like stopping to help people who interrupt me when I’m in the middle of something. Jesus was constantly being interrupted and I have a lot to learn from how he used interruptions to connect with people and help them.

‘Do not conform to the pattern of this world’, Paul writes. The basic operating principle of the world is selfishness. Conformed to God’s way is putting Him and then others ahead of ourselves.

Just look at what Paul writes in the rest of the chapter:

The body is a wonderful servant but a terrible master. In light of God’s mercies we can repurpose our tools from the selfish building projects that have consumed us and into the building of his kingdom.

Mind, tongue, muscles, hands, legs. It all belongs to him anyway.

The hound must be walked, preferably once a day.

And I’m not sure whether I’m impressed or disappointed that she keeps her land-mines for her own territory. But it is her way.

As the designated walker on our rounds, I’m constantly scanning and studying the environment with my eyes and ears. Not doggo. Nose in the dirt, sniffing.

It amuses me. In advance of our path sometimes I’ve seen cats and squirrels that would be of interest, but doggo’s visual reconnaissance extends as far as just in front of her nose.

Reading up on it helps to understand the dog’s perspective on things:

Compared to our olfactory senses there’s an insane amount of information available to this snout.

During the walk yestersday morning, I’m thinking about the 2020 election and the hyperventilating going on Stateside and I wonder about how a dog may see the whole thing: sniffing the respective rear end of each candidate and deciding on which candidate smells more pungent.

The article says we are ‘splendidly stinky’ to our dog.

In all seriousness though, sometimes doggo settles down around what seems to me to be a random patch of sidewalk and sniffs around like she never wants to leave.

It evokes for me the title of the poem ‘The hound of heaven’ by Francis Thompson. He flees from God, but God follows ‘with unhurrying chase and unperturbed pace’.

We can no sooner hide from God than Dr Richard Kimble can hide from US Marshall Samuel Gerard. Or elude our Heavenly Father.

And that for me is a comforting thing.

They say you should never ask a question to which you do not already know the answer.

Perhaps this is true in a political sense, or in a debate.

But in any normal context asking a genuine question is like the process of writing.

Sharks rugby player Stefan Terblanche once said when he remarked on the latter years of his career, that he still got butterflies in his stomach, but that they tended to now fly in formation.

I can’t speak for everyone, but for me, writing is a process by which I take inchoate thoughts and capture them like butterflies and then order and categorise them. I start, never quite sure how it is going to conclude, but sure that when it does there will in fact be a conclusion.

Therefore, writing is kind of like asking a question.

When God asks a question, of course he already knows the answer. One of the most striking images in Scripture is of the prophet Ezekial in the valley of dry bones. And God then asking him a question:

‘Son of man, can these bones live?’

No phone a friend, no audience to ask. Ezekiel ponders before answering perfectly: ‘Sovereign Lord, you alone know’.

If you don’t ask the questions, how can you get the answers? Reading through more of the Emmanuel Press material, Jesus reaches people a lot by asking questions as well as answering questions.

The Pharisee Nicodemus visited with the Rabbi Jesus at night, probably to ensure that there was no social pressure. Jesus tells Nicodemus that to see the kingdom of God, a person must be born again. “How can someone be born when they are old?” “Surely they cannot enter a second time into their mother’s womb to be born!”

We can infer that Nicodemus was no dummy and that he knew Jesus wasn’t speaking literally of a guy entering a birth canal to then enter the world again. Not even in the realm of sci-fi B-movies. Yet.

It was a question meant to draw an elaboration out of the Teacher. But even when Jesus explains that a man must have a spiritual birth, Nicodemus asks “How can this be?”

So convinced in his own ways that he was doing the right thing, it never occurred to him that he was spiritually dead and needed spiritual life. Jesus chides him. How could this teacher of Israel, Nicodemus, not know it? Perhaps that question resonated with Nicodemus for a long time. He thought he knew the Scriptures, he thought he knew what God wanted, but here was the Christ telling him about spiritual life and he was clueless.

And here is Nicodemus and without a context to tell me differently, he’s the first Pharisee to hear John 3:16. “For God so loved the world that he gave his one and only Son, that whoever believes in him shall not perish but have eternal life.” He probably had more questions.

I think of another Pharisee (Acts 9) who was confronted with the question: ‘Saul, Saul, why do you persecute me? And asking his own question, ‘Lord who are you?’ I reckon Paul knew the answer as he asked the question. 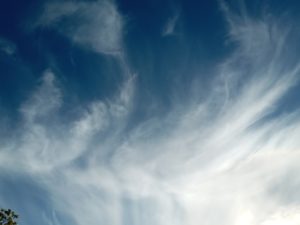 I like what the EE3 material has as diagnostic questions for the Un-Believer:

Do you know for sure…if you had to die tonight…would you go to heaven?

If God had to ask you why you should be admitted entrance to heaven…what would you say?

I like the rhetorical question Scripture has for the Believer:

What, then, shall we say in response to these things? If God is for us, who can be against us? (Romans 8:31) Sin is no longer an impediment for us in walking His way. God is for us, we’re on His mission (if we’re not, we should be) and He is backing us all the way. 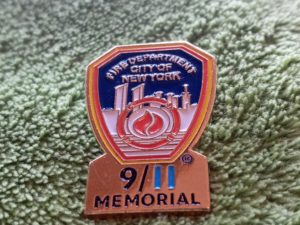