A while ago I watched a sermon on YouTube by John MacArthur, and it was clear from his homily that he fears no man. I could picture in my mind’s eye the reaction of the legion of perpetually offended if they were to be presented with sound bites from MacArthur’s sermons.

MacArthur once said that if you preach the gospel and no-one is offended, you’re doing it wrong.

Now, the goal of preaching the gospel is not to offend, but it is a pretty reliable by-product, and that is because the sinner doesn’t want to be presented with the fact of his (or her) sin. It’s uncomfortable.

I imagine that John MacArthur would love to meet the apostle Paul.

Paul is writing to the church in Rome, Believers thriving and making a name for themselves in the belly of the pagan beast, resting on the seven hills of the empire’s capital. A quick online search shows around 900 churches in Rome and curiously, a Baptist congregation with specialised Sunday services for Africans, Filipinos and Chinese.

Paul sort of starts with the good news of where he’s leading us: the gospel being the power of salvation for everyone who believes, and the Christian who lives by faith:

Having told us where we will land, he takes off in the next verse and sets out to convince both the pagan and the pious that we are in need of salvation. Paul is like a prosecutor entering into the record the evidence of our misdeeds. 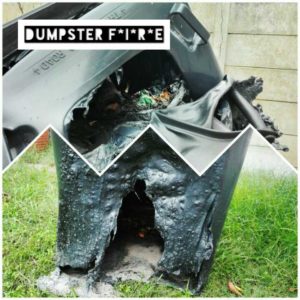 If the world ever found out about Romans 1 and 2 from us, or from coming across it accidentally, they would howl at what Paul writes.

No Hallmark cards that I know of quote this passage. No feel-good movies that I’ve ever watched come close to even touching the subject matter.

Paul has to convince us that we are utterly devoid of virtue before we can see that we are in need of salvation. And he does a pretty good job of that. His fellow Jews would hardly need to be convinced that the pagans were doomed, however Paul also reminds them that they do the same things, and behave in the same ways as the most unspiritual pagans.

If I can summarize this part of Romans it’s the idea of wrath. God is justifiably angry. Most people would obviously not like to consider this, especially as it pertains to them.

For those who simply follow their own desires, without consideration of God, the passage is terribly offensive. However from God’s point of view, the behaviour of those who live however they want is offensive to Him.

The wrath that Paul writes about is building (Greek: Orge) and will one day reach a point of exploding (Greek: Thumos). For the modern reader it can be likened to being in traffic for an extended period with several incidents, one after the other, until the driver stuck in traffic can no longer contain himself and goes berserk. Of course the analogy is not sufficient, because with God it’s not an emotional reaction but a considered, moral imperative to punish sin.

One of the most genuinely terrifying ideas that Paul explores is the wrath of abandonment.

Sexual expression was created by Him, for enjoyment and procreation, to be kept for the marriage bed. Many people have cheapened and adulterated that gift and the wrath that He visits on them is to let them have their way, until its logical conclusion.

A movie scene comes to mind from ‘Brewster’s millions’:

In making a video for Montgomery Brewster to receive a fortune after his death, rich relative Rupert Horn recounts a story of getting busted smoking cigars while under aged. To teach him a lesson, his father locks him in a closet with a box of cigars and will only let him out when they’re finished. The thing is Rupert learns his lesson and his Dad ultimately lets him out of the closet. In the scenario where there is a wrath of abandonment, it seems like the closet stays closed unless the sinner comes to his senses asks to be let out. Although in terms of this type of wrath, they would never want to be let out.

That to me is genuinely scary. I want God to tell me when I’m wrong. I want correction. Some people don’t want that and they get what they want.

The idea that a cosmic thumping awaits earth is the MacGuffin in many Sci-Fi movies, a disaster that suddenly rears its head. An asteroid, a nuclear exchange, a zombie plague. Paul’s language (in contrast) presents the idea that God’s wrath is gradual and increasing.

His wrath is revealed (Greek: apocalypsis) from heaven. The idea in the passage is that people can deny that God’s way is clear, however if we eyes, ears and a brain, we can get an idea of what He is like and what He requires of us, even without Scripture. Merely from nature, and from life.

His wrath is revealed from heaven, and has been unfolding for a long time. As people, we collectively have been suppressing knowledge about Him by way of our wickedness.

If God can remove his restraining hand from our sinfulness if we kick Him out of our lives, why can nature not be an aspect of that? The curse of sin is expressed in creation and creation’s fall.

His kindness to those who know Scripture was meant to lead to repentance but instead they turned it into a license to sin. Expressed in the cynical view of former French president Mitterand: “God will forgive, that’s his job…”

The trajectory is pathological.

When you sit down and take the medicine that Paul is dishing out, it tastes bitter, but like the best medicine it leads to health.

On a recent Sunday in May, as a church family we took part in communion.

A New Believer was sitting in the front row, the intricacies and practicalities of being a Christian still unfamiliar to her. She had not yet taken part in communion and when we were about to go to the table, she hesitated and stayed seated.

One of the ladies in the church, a mature Believer didn’t let her just sit there, but took her by the hands, encouraged her and went with her to the table. For the first time then, she had communion, united in fellowship with Christ and her fellow Christians.

It was a very cool thing to see, and having seen it, I saw a picture of myself.

Not knowing what to do.

What I saw played out with this new Christian reminded me that my Saviour bore his wounds for me, personally.

That he went to the cross for me, personally.

That when I was lost in my sins, he approached me, personally and took me by the hand to the table.

I can’t literally remember when I took part in communion for the first time, but I do remember that there was a time when a preacher delivering a sermon and making an appeal for me was like the very voice of God speaking to me, personally.

This is the difference between an intellectual position on God and a personal one.

He takes the initiative and all we have to do is respond.

Has come and gone away

In Paris and Rome

I’ve never been to Paris or Rome but if I did, I’m sure I’d agree with Michael Bublé that I’d want to go home. At least after spending a few days catching the sights. And it’s easy to hum along.

So, it looks like no more hunchbacks in Notre-Dame.  At least for a while.

While the loss to fire of artefacts and history is incalculable, it occurred to me and I imagine many, many others that Notre-Dame is just a building.

To my recollection, I’ve only ever been in one cathedral, the Westminster Cathedral in central London. Cathedrals are mostly really old buildings that pre-date anything that resembles a fire code. Any spark can set it off. But they are stunning on the inside.

I no longer remember any of the details of the inside of Westminster Cathedral – all I can remember is that I was impressed. You cannot mistake walking into a cathedral like wandering into a fast food restaurant, or ducking into an office space, or entering a kitsch shopping mall. There is only one reason for a cathedral, to worship.

In studying the epistle of Romans written by Paul, I came across an idea by Frederick Godet who remarked that Romans is the ‘cathedral of the Christian faith’.

Paul wrote a number of epistles to the early churches, addressing local issues and explaining spiritual principles, but none is so theological as his letter to the Romans. Romans was written on Paul’s third missionary journey, probably in the winter of AD 57 while in Corinth.

Paul normally wrote his epistles to the Believers at churches he had founded but he had not founded the church in Rome. In fact, in all likelihood, no one had founded the church at Rome. As the centre of the empire, Christians gravitated there and sought each other out. The Believers there had acquired something of a reputation of great faith, so much so that Paul and the rest of the world had heard of them.

It was an unlikely place for a Christian fellowship to thrive, in the midst of a pagan empire which zealously promoted the worship of its emperor. And yet they were known for their great faith. Paul was drawn to them and wanted to visit them to encourage them, but equally that they might impart encouragement to him.

In a historical irony, Paul never got to willingly go to Rome as he intended. After his arrest however, the Roman empire took him to the capital at government expense for a trial. He eventually made it there and there his journey stopped. Ultimately, Paul was martyred.

From reading about Paul, it seems he was always on the way somewhere to do something weighty or important. A driven man you might say.

On the way to Damascus to round up Christians for persecution, but meeting Christ on the way and becoming a Christian himself (Acts 9).

On the way to Jerusalem to take gifts to the poor Believers there.

Eagerly desiring to go to Rome, criss-crossing the Mediterranean basin on three missionary journeys. The guy couldn’t sit still, and where he was forced to because of winter or imprisonment, he wrote epistles.

It was while in Corinth on the way to Jerusalem that he wrote his epistle to the Roman Believers. He had recently been warned about the peril waiting for him in Jerusalem (Acts 21:10 – 14) and just in case he didn’t make it, Romans was his theological opus.

I’ve only just scratched the surface of Romans, reading about the context and stuff in the first chapter but from my earlier visits to this cathedral I can tell that this is more precious than Notre-Dame, Westminster and St Peter’s combined.

Romans is where we can lead an unbeliever through the doorway, crossing the threshold and of the way of salvation, the why’s and how’s:

Romans is where I gaze at the foundation and walls that outline the thesis statement of what makes a Christian and how a Christian lives: by faith.

Romans has the most beautiful stained glass window that I can stare at in wonder but seldom perceive the depths of what it is saying in terms of living in faith and what awaits the Believer after a short time of hardship and pain: glory.

This will never burn down.