Movies are essentially stories with varying budgets and as Christmas approaches and we’re almost only a week out from Yule, I take a look at some of my old favourites that get me in the mood.

It’s odd, because most Christmas movies tend to feature snow and chilly weather and here we are in Cape Town in shorts and slops. I’m slowly going through some classics, both from before I was born as well as more modern ones. 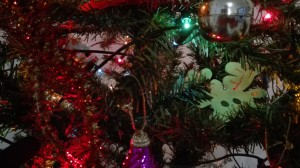 If I have to rate some of the best, I would start with Frank Capra’s ‘It’s a wonderful life’, starring James Stewart as George Bailey who despairs of life when there is a financial axe about to fall and he feels like he’s let down his family. Clarence, a trainee angel shows him what others’ lives would have been like if he had never been born and old George sees the value of his life as never before. 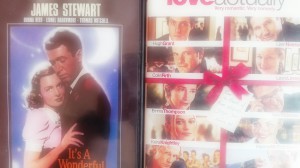 Right up there at number 2 is the bumbling everyman, Clark Griswold in ‘National Lampoon’s Christmas vacation’. Although not overtly profound it demonstrates the strong impulse of a man to have a family close to him and lead it, even if the results are comical and slightly unhinged. Clark also buys into the value of tradition which so many social engineers sneer at these days. 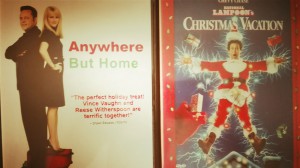 Numbers 3 and 4 are ‘The Holiday’, a favourite with the ladies who get the warm fuzzies when the guy get’s the girl or vice versa, and ‘Rise of the Guardians’ where a warm-hearted Russian Santa needs the help of Jack Frost to defeat the misanthrope Pitch. 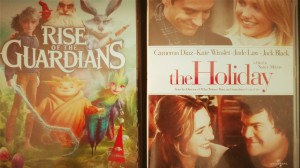 I reckon ‘Love, actually’ is a movie with plenty of emotional heft, although it isn’t the most Christmassy. So, it comes in at number 5, bringing up the rear.

There are hundreds of titles I haven’t mentioned but these are the ones in the old DVD collection that do the job very well of connecting me to Christmas on a story level. The only thing better is that church service on Christmas morning where we all sing about the story of Christ’s birth. 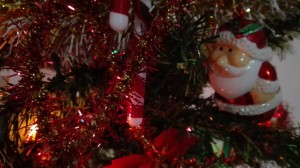 And boy, I’m salivating already with the thought of that juicy gammon and roast potatoes.

I used to attend a Bible Study with a rock star for a leader. Malcolm was so deep and knowledgeable about Scripture and I could only hope to be like him one day in that respect.

In the spirit of advent, and to get into the meaning of Christmas in a deliberate way, and also to forego any hint of the overused Boney M at Christmas time, I was listening to the Chris Tomlin Christmas album.

And right there I was listening to the following song and I realised that it was quoting my generally favourite book of the Bible, Isaiah.

And right there in Isaiah 9 is the gospel:

In this one passage we have Christmas and the mystery of the trinity. Isaiah rocks! And goes to show that knowing stuff about Scripture can give you the goose flesh, like it does for me.

Christ provided a metaphor for his return in Matthew 24 with a fig tree that begins to leaf and get tender. 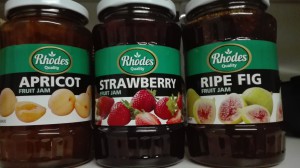 No to read too much into the juxtaposition but when you hear Boney M in the shopping centres then you know Christmas approaches. Of course there are other clues.

The word advent means ‘coming’, the expectation of an arriving person or thing. I can mark the hours, days and weeks to the start of my vacation, or the arrival of family members from another city. Or, the ultimate advent, marking the time to the return of Christ.

It occurs to me that looking at Christmas, the first coming of Christ evokes his second. He has come, and will come again.

So, I woke up one Saturday morning and not another creature was stirring, not even a mouse. And your average domestic spider creeps around silently. It was just me, a fresh cup of coffee and my Bible, freshly glued back together by a professional after coming a bit unstuck along the seam at the back.

I could have resumed watching whatever DVD I was watching the night before (sometime it takes several night’s watching to finish a movie), or I could have scanned the news but I studied Scripture. And as far as I’m concerned that can never be wrong and trumps (not sure whether pun intended) anything else.

I had started in 1 Peter and on this morning was in the second chapter and Peter describes two types of people. Those who accept Christ as the living foundation cornerstone and those who do not.

I don’t have a theological degree or wear a dog-collar or have a mitre or Shepherd’s crook, but little old me, I’m a priest. Part of a huge priesthood. Not a professional in the least but a priest nonetheless.

And it’s simple; we only have to do four things:

I’m rather humbled and honoured to be considered a priest.

Whilst driving to work one morning – which provides the opportunity for a spiritual think tank to run in the background as I’m piloting my vehicle – it was impressed upon me that there are so many people in need, at various points in the continuum of lacking. And that as a Christian it behoves me to be ready to feel for and help in any way I can.

The song by Rebecca St James reminded me that it is my duty as a Believer to help those that are in need. And, truth be told, I don’t do it deliberately and often. For the following reasons: I feel embarrassed seeing people in a pickle, and it seems dehumanising in a way because of the social embarrassment and because to the person offering a few bucks, it seems like the bloke in poverty only wants your money and for you to sod off fairly smartly thereafter, a transaction devoid of warmth. Obviously it’s not supposed to be like that so I must be doing it wrong.

I thought of a story that I haven’t thought about in years, the ‘Little Match Girl’ by Hans Christian Andersen. The idea of people in poverty is overwhelming because for every one you may help, thousands cry out in vain for relief. And this idea is especially uncomfortable at Christmas time.

I also think of people at Christmas who have loved ones fading away in hospital dying of horrible diseases and those who are bearing fresh grief. Poverty might also seem preferable.

So, my plan is to dial down any natural jerk I have going on and be more patient, to get my mind in a position to not say an automatic ‘no’ to those who may ask for something, to keep something in the car, like a bag of clothes or munchies or water to give to those on the street. And to visit those in hospital that I know in my social circle.

I suck at it most times but I really do want to be a blessing.

So, I finally got onto Twitter because instead of going looking for the news, you can tailor make it so that various specific feeds from other Twitter users come to you. Of course the danger is that you can construct an echo chamber that reinforces your prejudices and you’ll never learn anything new, but in addition to political pundits like Ann Coulter and Laura Ingraham (as well as the inimitable Donald J. Trump), I follow John Piper and Franklin Graham.

Politics may defined as the exercise of power and there are those whose slant on it is intelligent and thoughtful (at least in my opinion), but it’s also good to be reminded of the One who holds all power in His hands, and how he wants us to live. That’s where John Piper and Franklin Graham come in.

On 8 December 2016, John Piper tweeted about Micah 5:15: “I will take vengeance in anger and wrath on the nations that have not obeyed me” (NIV)

Piper added, ‘All the nations know at a deep level. They know.’ Well, if people know on an individual level that they will have to settle accounts with a Holy God someday then so do nations. And the stuff that nations pull sometimes is breathtaking in its chutzpah.

It’s not difficult to see if you look around…the failure of the large powerful countries (think the nations in the UN security council) to settle matters in Syria or keep the ambitions of the Tehran Mullahs in check, or worry about human rights in Saudi, or call for the Chinese to ease off on persecution of Christians.

Psalm 2 explores this idea, that the nations are not exactly in God’s corner and that they can’t touch God in heaven so they take it out on his people, the Jews and Christians. Rich Mullins does a great job of tapping into the core of this Psalm and puts it to a song with profound lyrics

It’s not easy to find a righteous political leader and even if we dial down our expectations and merely look for a wise political leader the pickin’s are rather slim. Some of the worst, even in the West, like Frau Merkel (who should know better as the daughter of a pastor) or the Canadian Trudeau, or the Gallic Hollande who can match a Napoleonic height restriction, show a profound lack of wisdom, especially Godly wisdom.

Obama has been a terrible president for Christians and for those who seek righteousness. Time will tell about Trump.

It is a good for a nation to have the Lord as their God. My hope is that America would once again honour the Lord, and that he would bless them (and for Israel too) and that other countries could follow such a template.

The nations of the world will find that their arms are too short to box with God, so it’s better to be in His corner.

I published a post last month about the Kingdom of heaven as described by Christ in parables. I must confess to being unsure how to interpret the parable and had never really heard a sermon about it and my research into commentaries presented two possibilities.

And it just so happened that at the opening of Durbanville Community Church, Bishop Frank Retief preached a sermon about the pearl of great price and the treasure in the field.

And it’s much easier to lay hold of a parable when it is explained by someone who is trained in exegesis and homiletics – which sadly to say – I am not.

As Bishop Retief explains it, the pearl of great price and the treasure – two companion and complimentary parables – are the gospel. Where the man finds the treasure in a field, he finds the gospel by accident and where the merchant finds the pearl he finds it on purpose because he has been searching for it.

We are poverty-stricken, spiritually, until we find the pearl of great price. It is worth the whole world, and all our souls.