With the release last year of the latest movie in the Star Wars franchise, some economists decided to analyse the cost of the Death Star and the impact of its destruction on the Galactic Imperial economy.* Suffice it to say that the Great Depression of 1929 was child’s play by comparison.chea

It seems like all the best things in life are really expensive. In the 1985 movie ‘Back to the future’ Doc Brown tells Marty that he spent most of his family fortune on developing his time machine. Being able to go back in time is an intriguing prospect, revisiting the good, the precious, the things we hold close to our heart. And being as I don’t have the Brown family fortune but am a person of more limited means, I thought of a way to go back in time more cheaply: music. 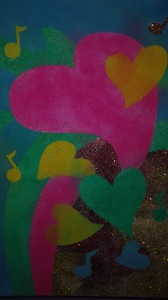 Music from my youth, from the times in my past where a song provided the soundtrack for a piece of once-in-a-lifetime history. The cost? The price of a writeable CD. Here follows a random sample of some music tracks of my life so far:

The first song I remember from when I was young.

The song from when I went to a disco at the 58th Air Scout hall in Durban and me and my cousin danced with some pretty girls.

I remember carrying my ‘boom box’ and bright pink shirt to visit a young lady, playing this song and thinking I was impressing her.

When I thought I knew what cool was. It hasn’t really translated very well to 2016. I actually bought the LP.

I remember being in London going to His People and Pastor Wolfie Eckleben preached a sermon about this.

I remember attending a Promise Keepers meeting at Atlantic Christian Assembly in Sea Point and being floored by the Presence while singing this song. I’ve always loved the song ever since.

This is the song playing as me and my wife entered the reception after we got married.

The song I was meditating on in June 2011, and when Tracy died we played this at her memorial. It reminds me of my sister.

Dancing in our lounge with my wife and two kids.