Ten minutes to clean the car. Evidence left behind of a bird that almost was. A bird that wasn’t, or more accurately, wasn’t quite. 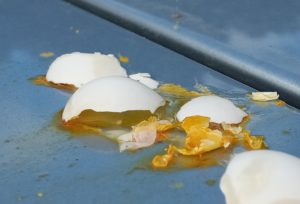 I can think of oodles of good things that were safely enclosed in an egg shell, but they shell was thrust onto the unforgiving ground by a cruel wind with the assistance of gravity.

Clever and useful things meant to be said but swallowed by our tongues in the moment.

Jobs applied for that would have meant the world to our family, but were denied.

I can speculate about bad things that never came to completion, and in God’s goodness I never knew.

A relationship that would have ended like the Hindenberg.

A grievous sin that was never conceived.

A fatal vehicle accident that never happened because milkshakes were spilled and cleanup had to be done.

And then the things in my control. Choices that I made, wrong ones.

Jokes that fell flat because they were in poor taste.

Supposed to have gone down the middle when all I saw was left and right.

Its a mixed bag, some good decisions, some really bad. But I never regretted becoming a Christian or marrying my spouse.

I’m in a unique position to know the choices I have made and the context in which I’ve made them. I’m a fumbling clown like Baldrick (from Black Adder) but you couldn’t tell that from looking at me.

I don’t like the way the world is going. People in authority making choices for others. The sacred right of making a choice dashed to the ground like an egg.

A choice never made, like a bird that wasn’t quite.

I think of that idiom: you can’t make an omelette without breaking some eggs.

I don’t trust anyone else to make an omelette out of my broken eggs, not me, not anyone else in authority who think they know what’s best. 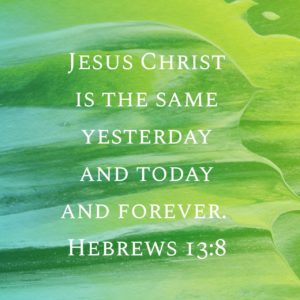