04h00 in the middle of a bout of loadshedding in South Africa.

Life imitates a Victorian era adjective for the continent: darkest Africa. No lights on in the neighbourhood except for an oasis or two of illumination powered by a battery.

Not another soul in sight. Just the distant whoosh of traffic on the highway and a pair of startled kiewiets.

Dangerous? I have a dog and I know how to use it. And besides, perhaps I needn’t worry as God is aware of my location data:

“even the darkness will not be dark to you;
the night will shine like the day,
for darkness is as light to you.”
(Psalm 139:12, NIV)

Great conditions for stargazing. I haven’t memorised the constellations but I can pick out Orion’s belt, and the Southern Cross.

Alpha Centauri and Beta Centauri line up, and if you had to draw an imaginary line from Alpha through Beta your line would intersect with the apex of the Southern Cross.

A reminder of divine grace in the heavens. Not as garish as a neon sign. Subtle, but there if you stop for a few seconds and look for it.

People a lot smarter than me have figured out that human beings can discern their location on Earth in relation to the stars in the sky.

The stars are not divine, but it does make me think how orienting myself to them is a picture of a soul orienting itself to God, especially as it relates to the northern star, also known as Polaris.

I never noticed Polaris whenever I have sojourned in the northern hemisphere. But from what I read, the ‘position of the star lies less than a degree away from the north celestial pole’.

Because of its position in the night sky its variation is only very slight, making it very dependable for navigation.

Again, it makes me think of God, constant: 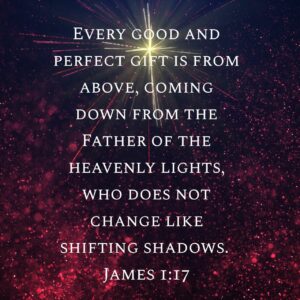 Seeing God in the night sky should lead to an examination, a discovery of Him in the Scriptures, just like the logical trajectory of Psalm 19. Which is just what I got into that morning by candle and torch light.

And it happened to be the north star for my chaotic week.