In his account, Luke selects the occasion of Jesus reading Scripture in his local synagogue in Nazareth to summarize Jesus’ purpose and ministry.

Jesus had been baptized by John and full of the Holy Spirit, had been led by the Spirit into the desert where he was tempted by the devil. Its directly after this, and by way of context, that Jesus attends the synagogue and is given the scroll of the prophet Isaiah to read aloud. Jesus finds this particular passage:

“The Spirit of the Lord is on me,

because he has anointed me

to preach good news to the poor.

He has sent me to proclaim freedom for the prisoners

and recovery of sight for the blind,

to release the oppressed,

It gets everyone’s attention, they’re all looking at him and then he tells them that this passage is being fulfilled in their hearing, there and now.

Jesus is the real deal but he’s grown up in Nazareth and so they all think they know him and that this is simply chutzpah.

The year of the Lord’s favour signifies that the kingdom has come, salvation is proclaimed. Many scholars in Israel had been expecting a political kingdom but Jesus was interested more primarily in liberating people from their sin.

Jesus moves on from Nazareth and proclaims the kingdom (Luke 4:43, 44). By the 8th chapter of Luke, Jesus is going from town to town proclaiming the good news of the kingdom and ‘The Twelve were with him, and also some women…’ (Luke 8:1, 2). Then Jesus called the Twelve together and ‘gave them power and authority to drive out all demons and to cure diseases and he sent them out to preach the kingdom of God…’(Luke 9:1, 2). He had showed them how to do it, and now it was their turn to go out.

Jesus instructed them to essentially travel light and enjoy the hospitality of people they would end up staying with on their circuit of Galilee (Luke 9:3 – 6). 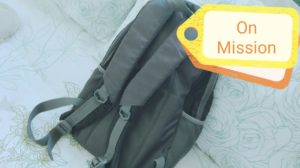 After the apostles returned they gave Jesus a report back and the group withdrew to a town called Bethsaida, however they didn’t manage to remain alone and a large crowd showed up. Which was fine with Jesus as he preached the kingdom. This is the time where the miracle of the feeding of the 5 thousand takes place.

The apostles have just returned from doing ministry and Jesus miraculously feeds 5 thousand people, and its been just over a week and Jesus has been transfigured on the mountain, and this is where they start to remind me of myself. They’re unable to:

Sometimes when you look at the guys that Christ selected as apostles and see how in-artful and fumbling they were, and basically how much of a hot mess, you wonder.

But then you read Luke and Luke’s second book, Acts, and you read about how these apostles finish and they finish strong. And you realise Jesus knew exactly what he was doing. These were they guys that would take the church into the second century. And here we are in the 21st century.

The feeding of the 5 thousand is the only miracle (besides Jesus’ resurrection) recorded in all four of the gospels. This was just after the apostles had returned from their circuit of Galilee and withdrew to Bethsaida. Apparently there is a plain near the town of Bethsaida criss-crossed by streams where there would have been grass and sufficient space for 5 thousand people to spread out in groups.

Late in the afternoon, the Twelve suggest to Jesus that he disband the gathering so that the people can find themselves dinner and lodging and when Jesus suggests to them that they feed the crowd, you can almost hear the incredulity. Evidently they had taken an inventory of the food on hand and took stock of the 5 loaves and 2 fish. In fairness, I would not have imagined that a miracle like multiplying food could take place, so I can’t be too hard on the Twelve. Earlier Jesus had sent them out and told them to accept hospitality from those who would shelter them on their circuit and now it was their turn to be good hosts and think about the needs of the crowd.

Scripture doesn’t explain how the loaves and fishes multiplied except to record that Jesus gave thanks and broke the food in pieces and gave it to the disciples who gave it to the people. I’ve watched hundreds of movies and if I were filming this scene, I don’t know how I would show the multiplication. Astonishingly, there were twelve baskets of leftovers.

“As the time approached for him to be taken up to heaven, Jesus resolutely set out for Jerusalem.” (Luke 9:51).

Hanging over even this time of ministry, Jesus never forgot where it would all end: at a cross. That is of course until resurrection morning.