It was a dark and cold Saturday morning, which accentuated the salmon sky with the rising sun and at the end of a busy week with barely the mental breathing space to think a thought through to its conclusion, I did then what I should do every day, find a quiet spot, brew a pot of coffee (the equivalent of breaking out the fine china) and crack open my Bible for a reading. 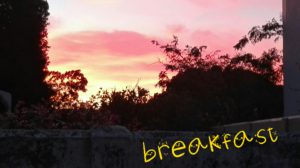 On Thursday of the following week, I cannot remember now why I was in Psalm 18; however that’s where I was.

I like the Psalms a lot; I know David only wrote about half of them, but I reckon David was a man of deep emotion and profound zeal for the Lord. Of course, it probably takes some time to get there, as I’m discovering with the hiatus between my spiritual ambition and my spiritual fact/position on any given day.

The context of this Psalm is David’s response to God’s deliverance from the hand of David’s enemies.

Verse 28: He gives life and sustains it (or He takes it away, either way its His prerogative); He overpowers situations and turns darkness into light

Verse 29: Obstacles are put into perspective, whether climbing an actual obstacle or meeting an enemy in battle

Verse 30: His way is literally perfect and his word literally flawless

“27 You save the humble
but bring low those whose eyes are haughty.
28 You, Lord, keep my lamp burning;
my God turns my darkness into light.
29 With your help I can advance against a troop[e];
with my God I can scale a wall.

30 As for God, his way is perfect:
The Lord’s word is flawless;
he shields all who take refuge in him.
31 For who is God besides the Lord?
And who is the Rock except our God?” (NIV)

Verse 46: He lives and responds to me

Verse 47: He avenges those who oppose me and takes up my cause

“46 The Lord lives! Praise be to my Rock!
Exalted be God my Savior!
47 He is the God who avenges me,
who subdues nations under me,
48     who saves me from my enemies.
You exalted me above my foes;
from a violent man you rescued me.
49 Therefore I will praise you, Lord, among the nations;
I will sing the praises of your name.” (NIV) 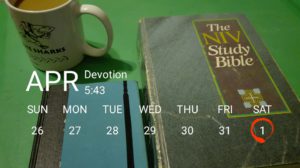 I was feeling pretty good, and even a little unperturbed by events in South Africa in the last week. It’s not like Jacob Zuma has been building up to what he pulled last week in shuffling the cabinet to pull in the drawbridge, it’s been near constant scandal, one after the other.

I went to Paul’s letter to the Romans, the 13th chapter of which deals with civil authority in a nation. Basically Paul’s point is that Zuma is there with God’s permission and forbearance:

“Let everyone be subject to the governing authorities, for there is no authority except that which God has established. The authorities that exist have been established by God. 2 Consequently, whoever rebels against the authority is rebelling against what God has instituted, and those who do so will bring judgment on themselves.” (Verses 1 – 2, NIV).

Paul’s letter was to Christians under Rome, and Rome was not warm and fuzzy. Simply watch the Ridley Scott movie, ‘Gladiator’, or watch ‘Ben Hur’. Rome had a heavy hand, and some questions occurred to me:

Saturday proceeded just fine until a rugby game that evening, where it is generally acknowledged that the Sharks were hard done by and their opposition was given an unfair advantage (references follow at the tail end of this post); Strange, that a country being pulled apart at the political seams doesn’t bother me but my team having a bad day at the office does…

…and so was Paradise lost, and there followed disturbed sleep, several episodes of ‘24’, temporary insomnia and an inability to be normal for most of the Sunday that followed. And I was glad that Christ didn’t return early that Sunday morning.

And yet, following Paradise Lost, there is Paradise Regained, but that is another post…