It was an ordinary Wednesday afternoon in most respects, except that one traffic light was out and that was all it took to send the traffic situation into bedlam.

For those who are not familiar with a vehicular oddity in South Africa, please Google ‘South African taxi’, which more resembles a van but with an utterly insane driver who has no respect for the rules of the road. The passengers must actually be terrified by having to use this form of transport, but use it they do.

And from long experience I don’t have high expectations of taxis that routinely speed egregiously, use the designated bus lane without a dent on their conscience and change lanes like a bumblebee in a flowery meadow on bee-cocaine. 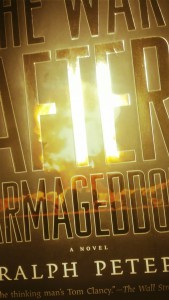 What shocked my normally – moderately – expression were the other people who should have known better but in the moment resorted to their survivalist, selfish other: a white guy in a humble car in the next lane who rode so close to the car in from of him that there was no space for the width of a dinner plate, refusing to let anyone in front of him, even when the joining lane had rights; a Muslimah in an SUV who changed lanes in an intersection not caring that the perpendicular traffic would be inconvenienced and satisfying her desire to change lanes only to change back moments later.

By the time everyone got home I imagine that the tension and departure from the rules of respect and manners was forgotten but it made an impression on me. One traffic light down could do all of that. From my observation we are closer to chaos than many realise. 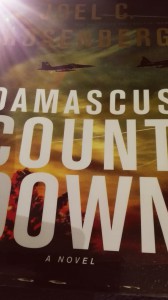 And it reminded me of a movie called ‘Falling Down’, starring Michael Douglas. The lesson of the movie is that polite society is a fraud and a fiction however to my mind, what erects itself as a castle against chaos in society is the family. 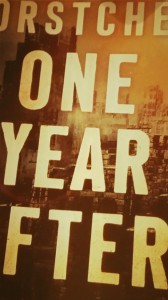 But to bring it down to where it should be, God created the idea of families, and of nations for that matter. I think of God’s call on Abram in Genesis chapter 12:

“1 The Lord had said to Abram, “Leave your native country, your relatives, and your father’s family, and go to the land that I will show you. 2 I will make you into a great nation. I will bless you and make you famous, and you will be a blessing to others. 3 I will bless those who bless you and curse those who treat you with contempt. All the families on earth will be blessed through you.””

In these modern times, particularly in the West we are a polyglot of ethnicities and families but families are the basic units of society. Families are God’s idea and his bulwark against the chaos that would naturally ensue without a traffic light or a cop on every corner. Think about where the most heat is on the church in these modern times, over the role and shape of the family.

From the 18th chapter of Matthew: “20 For where two or three gather together as my followers,* I am there among them.”” God is a Father and we are His children. I think, if ever I face a traffic snarl again the likes of which I described, I will look for a brother or sister in Christ and try to show love and consideration even in the midst of the chaos.