The path of the pathogen began for me on a mid-week day, building from an indefinable something to the familiar splitting headache along with fever and chills in the evening with disorientation.

How many times have I had the flu? A quick glance across the search engine DuckDuckGo estimates that children get the flu (not a mere cold) around every 2 years, dropping until the point where the average adult only picks up the flu once every five years.

That’s actually not a lot. The corona virus feels similar to a bad flu.

The headaches and fever were then joined by lethargy and excessive sleep which gave way to sleeplessness and no appetite, despite the feeling that the body should eat.

Pretty soon, the appetite built up, sleep normalized, the headache lessened and a feeling developed in the kidneys that reminded the human, I’m here, and a little uncomfortable.

Almost a week later, I have a runny nose, but that could actually be allergies.

I could still smell, and I never worried that this particular beastie would be the end of me. Not everyone else has been so fortunate though.

Prayer enjoyed something of a Renaissance. It just felt natural. Not for myself, but for my family whom I could infect, for those hospitalised, for those who have endured loss.

Another flu to add to the RNA strands making their way through my bloodstream. I got the sense that: 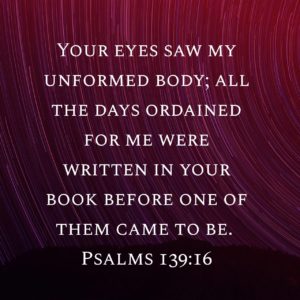 I’m praying to a God who listens;
I’m no longer a slave to fear, I am a child of God;
All the days ordained for me were written in His book, before one of them came to be.

The first time I heard the sound, I had no idea what it might be.

It was like someone was tinkering with something outside in the yard.

Following the sound I could tell it wasn’t someone, but a couple of birds taking turns to observe themselves in a mirror perched on the wall, swooping in rhythmically to tap their beaks on the glass.

When you hear the sound but have no context, and finally see the sound happening, it all makes sense.

Reading through the book of Acts last week, the sound of tapping (the times I had read this passage before) took on a new dimension when I saw it afresh.

I like how God is very specific and has such divine knowledge about people, places (including an address we could probably find if we were in that time) and motivations.

Acts 9:11 – 15: God tells Ananias, a Believer, exactly where to find Saul (the house of Judas on Straight Street), what Saul is doing (praying), what he has seen (a vision of Ananias), what he will do (His chosen instrument to proclaim His name to the Gentiles and their kings and to the people of Israel) and the suffering he must endure.

Meanwhile, the apostle Peter goes on his way to Joppa to heal a well loved Christian woman who had died.

Acts 10:3 – 6: The angel of God tells a Gentile centurion, Cornelius, that his prayers have been noticed by God, to go fetch a particular man (Simon who is called Peter) at a particular place in Joppa (staying with Simon the tanner, whose house is by the sea).

Acts 10:9 – 20: God gives Peter a vision (when he’s hungry) of a pagan smorgasbord on a sheet (may I picture a picnic blanket with bratwurst and bacon?), and tells him that he needs to go along with the guys who will come looking for him. 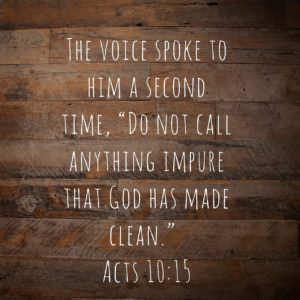 Neither Peter, nor Cornelius knew exactly why God arranged this get-together, and it worked out as a good surprise for the both of them.

I’ve read this passage so many times on the way through the book. Familiar with Acts chapter 2 and the pouring out of the Holy Spirit. But here, God is including Gentiles. They are receiving the gospel, they are speaking in tongues.

Peter realised that he hadn’t really realised something that he should have realised before then: “I now realize how true it is that God does not show favoritism”. In other words, God makes Gentiles clean in the same way he makes Jews clean, through Christ.

The circumcised Believers (with Peter) “were astonished that the gift of the Holy Spirit had been poured out even on Gentiles”.

What a privilege for Cornelius, for his house having been chosen as the place where the Holy Spirit would fall on the Gentiles.

I wonder what Paul may have thought of this. Newly saved, with his frame of reference having been radically shifted, I think he may have appreciated it.

I bet there are many ways that God can surprise me when it comes to which people he chooses to work in.

I’m waiting for the day my Israeli and Palestinian brothers have the Holy Spirit poured out on them.

Like facing up to a buzz-saw, a wood-chipper, or a phalanx of Wehrmacht soldiers at the Atlantic wall, Stephen testified to the truth of the gospel before the Sanhedrin, in whose hands lay life and death.

The church was growing in Jerusalem. The Believers needed men of wisdom and filled with the Spirit to give their attention to the distribution of food to widows, to make sure that there was no favouritism and that everything was fair. Stephen was recognised as being highly qualified and was commissioned to serve in the church.

Stephen also captured the attention of some bad hombres. Opposition from the Synagogue of the Freedmen. For those who know what cancel culture is in 2021, these guys targeted Stephen to be cancelled.

They couldn’t stop the wonders he performed by God’s power. They couldn’t refute the wisdom that he spoke by God’s Spirit. So they targeted the man.

The same tactic that they had used against Christ. A set-up. A sandbag operation. Accusations of blasphemy.

There they were, gnashing their teeth, enraged at what Stephen was saying. And they took off their cloaks.

When guys take of their cloaks and its not because its a hot day or they’re going for a swim, its because stuff is about to get real. Violence is loading. Action is imminent.

If you’re really angry, perhaps a cloak is the last thing you think about, but they took off their cloaks and laid them down at the feet of young Saul of Tarsus.

Many years later, a changed man, the apostle Paul is in Jerusalem, speaking before a crowd of his fellow Jews. He’s telling them what God is doing, and he actually references Stephen.

“20 And when the blood of your martyr[a] Stephen was shed, I stood there giving my approval and guarding the clothes of those who were killing him.’

God sending His word to the Gentiles? Again the cloaks come flying off.

Paul had been there, done that, but on the other side of the distribution of rage and violence. I’m certain Paul appreciated the irony.

There’s an image I think of when I read about Paul and what he did. When Stephen was murdered, we read that it was on that same day that ‘a great persecution broke out against the church in Jerusalem’ (Acts 8:1). And Saul ‘began to destroy the church. Going from house to house, he dragged off both men and women and put them in prison.’ (Acts 8:3)

I’m sure Paul never forgot the way he had behaved. Dragging people off to prison while little children begged for him not to take away their Mom or Dad.

Although he meant it in a different context (of tyrannical fascist governments in the future) George Orwell spoke about imagining a ‘boot stamping on the human face’.

At one time, that was Saul. Or at least that was probably the way he saw himself.

What a difference between Saul and Paul, persecutor and apostle after his encounter with Christ on the way to Damascus… 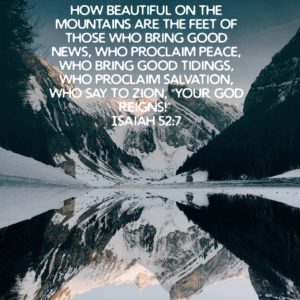 Paul had this verse in mind (the feet of those who bring good news) when he wrote to the church at Ephesus about spiritual warfare.

The Christian response to the boot of the oppressor is not to strike back. Paul writes that people are not the enemy, but spiritual forces of evil.

We are prepared with the armour of God…the belt of truth, the breastplate of righteousness…feet fitted with the readiness that comes from the gospel of peace.

“The gospel provides the footing for everything we do. However powerful the rest of your body is, if you are wounded in your feet you are easy prey for the enemy.”

Standing on the Word is not just a charming saying. Without it, we are literally hamstrung in the thick of the fight.

The conclusion of Paul’s letter to the Romans rings so true. He easily lists the names of people who have been a blessing to him, those who have laboured and put their hands up for the gospel.

Then you have those fifth-columnists who wish to sabotage things for their own purposes. Those who cause divisions and are contrarian.

People who have an agenda that attempts to undo all the work that faithful Believers have put into advancing the kingdom.

Those types of people are inevitable, no matter where you are.

Some people just like to see things burn, or stir up controversy and step back and watch the fur fly.

Paul knows the church at Rome has done okay with nipping that sort of thing in the bud: “Everyone has heard about your obedience, so I rejoice because of you; but I want you to be wise about what is good, and innocent about what is evil.” (16:19, NIV). 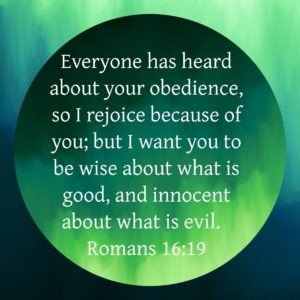 They’ve managed to keep things right and go forward in obedience to the gospel, but Paul writes to them to make sure they don’t fixate on the evil that some are spreading in the community, but to remain resolute and anchored to the gospel.

Basically, they should know the truth so intimately that they would easily be able to spot the fake. Kind of like the US Secret Service who don’t study fake dollar bills, but study genuine dollar bills with such thoroughness that fakes are easy to spot.

Be excellent at what is good, and innocent of evil.

Paul writes that God will soon cruch Satan and his deception under their feet.

The church should do what Adam and Eve didn’t do in the garden. When confronted with falsehood and doubt, to refer back to the gospel and affirm it. A regained innocence as it were.

Paul concludes reminding the Romans – and us – that God is able to establish us in accordance with the gospel. He will make us able to stand firm in Christ.

The church shouldn’t be distracted by controversies and divisions. The gospel is what unites us but is also the purpose of the church: to reach out to those who will be saved in the purpose of God.

How beautiful are the feet of those who bring good news. The sound of the church on the move spreading the gospel.