Which city’s iconography, history and brand is number one?

Whenever people think of the United States and the iconography of great cities, New York probably ranks up high with the Statue of Liberty, Wall Street, and the Chrysler building, just a few of the many landmarks.

[Taps microphone] The city of Boston would like to go ahead and disagree. When it comes to baseball, New York and Boston are fierce rivals, in the best tradition of sport rivalries.

The New York Yankee versus the Boston Red Sox.

There’s a little pub under the stands at Fenway Park, home of the Red Sox with the unimaginative name of ‘Bleacher Bar’ where the customer can sit and enjoy and brat or a burger with an ale and watch the action through a window.

This April 15th, it will be 8 years since the infamous bombings that took place at the finish line of the Boston Marathon.

The people of Boston are a resilient bunch. And stubborn in the best traditions of colonial resistance to old King George. 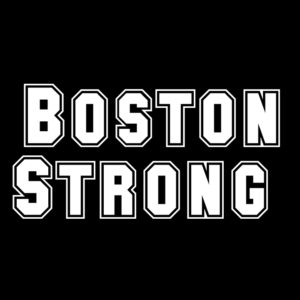 In December 1773, the Sons of Liberty, in protest of excessive taxation without representation, dumped tea belonging to the Dutch East India company into the harbour.

A little thing that history came to call the Boston Tea Party. One of the key factors that led to the Revolutionary war a short while later.

Which the British went on to lose.

This April 15th, I’m thinking about the resilient people of Boston, generously sprinkled with Irish.

I’m thinking about St Paddy’s day festivities which are best revelled in without lockdown restrictions.

I’m thinking about simple pleasures like enjoying a burger while watching live sport.

Concluding his letter to the Roman believers, Paul writes (Romans 16:1 – 16) about his beloved brothers and sisters in Christ by name:

Phoebe, a deaconess, possible the carrier of Paul’s very letter to Rome. 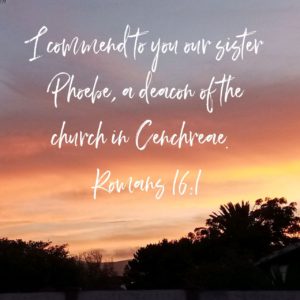 Priscilla and Aquila, a couple who risked their lives for Paul, inseparable in their marriage and ministry. They had a church that met in their house and you can’t imagine that no-one had heard of them. A mama and papa hen with a heaving nest of chicks.

The household of Aristobulus, from which we may infer that there were a bunch of Christians in this man’s household, but not Aristobulus himself. If so, he was almost certainly the subject of an army of loving prayer warriors on their knees for his salvation.

Rufus, a man chosen in the Lord. Not too many guys with the name Rufus out there. Perhaps its old fashioned and currently only the choice of hipsters for their children. But Paul knew Rufus and he was known to the Lord as well.

A lot of people get a mention. Enough names that if Paul were accepting an award at the Oscars, the band would begin playing their musical cue for him to start wrapping things up. Paul could probably have crammed in some more names, but he goes on to mention brothers and sisters whose lives and service may not otherwise be noted by historians, but were noticed by him: Herodian (a relative), Tryphena and Tryphosa (who worked hard in the Lord), Philologus, Julia, Nereus and his sister, Olympas and all the saints with him.

I doubt I would ever be in the same position as Paul, looking back on years of ministry of having established numerous churches in faraway places and looking now to Christians battling it out in the belly of the beast, writing an epistle and encouraging them as a spiritual mentor.

Nobody writes actual letters anymore. If, however, I ever had to pen a letter to Believers, somewhere I would mention those I had thought about, those who had made an impression on me.

Although, in this thought-experiment, I wouldn’t be constrained by a point of time or local geography.

Pastors at whose feet I have been taught: Noel, Pedro, Wolfie, Mark.

A list of years in the making, of Christians who have built into my life whether personally, lyrically or electronically: Brian, R.C. Sproul, Louie Giglio, Steven Curtis Chapman, Chris Tomlin, Aaron Shus.

Maryam Rostampour and Marziyeh Amirizadeh, Iranian believers whose testimony I listened to recently, and took me into Evin prison with those persecuted for their faith.

Philip Yancy and J.I. Packer who opened up my mind to see God in unexpected places and with systematic focus.